When you finished developing a macOS desktop app using Xamarin and want to distribute it to end user, you have 3 choices using Visual Studio: Apple App Store distribution, save to disk as .app file, and portable .pkg installer. Except for .app distribution, you’re going to need an Apple Developer ID to create them.

Now, what if you currently for some reasons don’t have an Apple Developer ID.

The other solution is to create a .dmg file installer, which is probably more familiar for macOS users. Usually using a background image to instruct the user to drag and drop the .app file to /Applications/ folder. But unfortunately, Visual Studio doesn’t provide this out of the box.

That’s why in this tutorial, I’ll show you how to create a .app file and bundle it in .dmg file automatically using the shell script.

For your illustration, this is how the final distribution file we’re going to make.

Now let’s get started with the solution.

We’re going to use andreyvit/create-dmg for our solution because it’s written in bash that makes it less dependency. Which mean you can just put it inside your repository and just execute on any machine.

First, let’s assume this is how your project structured. Put solution file and projects files under src folder.

Now let’s add the script to scripts/create-dmg directory. Since I’m using git for everything, I’ll show you an example using git subtree command.

If the process is executed successfully, the output would look like this.

Then this is how your folder structure will look after adding the create-dmg script.

If you don’t use git, that’s fine. You can also just download them manually and put them under the scripts folder.

Next, we’re going to use a background image that has an arrow in it. To quickly test this script, I download and use background image from here. Let’s name it dmg-background.png and put it in the root folder.

After that, we’re going to create a new bash script file on the root folder, too. You can create it using the command line with the following snippet. Don’t forget to execute chmod +x, that’s important to make the file executable.

Open the bash script file using your favorite editor then copy following script to your file.

So what does this script do actually?

Now depending on your project file, you need to change some variables.

After you changed those variables, you can try executing the script to generate a .dmg file.

If finished successfully, a .dmg file will appears under setup/ folder like the following figure.

This is one portable solution I really like because you don’t need a special dependency to build on every machine. Next, I’ll show you an alternative without creating a bash script.

A quick Google search for command line tool to generate dmg file show me results with not one, but two scripts called create-dmg.

The first one is the one we used for the previous solution, the other one is sindresorhus/create-dmg.

This is actually the easiest command line tool I’ve ever found. All you have to do is to install it using npm.

Then continue with shell execution like the following snippet.

Finally, a DMG file will be magically generated, the same result with the previous solution.

But the choice is yours, for portability I would use andreyvit/create-dmg and for “It just works” I would use sindresorhus/create-dmg.

As you can see, even though Visual Studio doesn’t provide DMG creation out of the box, we can create it easily using an external shell script. Using shell script not just automate DMG creation, but also build the executable file automatically.

Fork or download the completed project produced by this tutorial on GitHub. 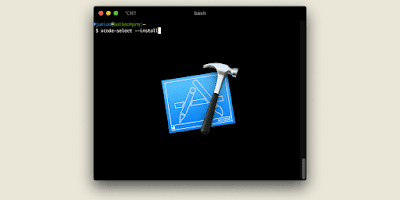 How to install, update, and uninstall Xcode command line tools on macOS 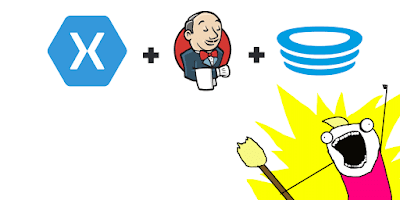 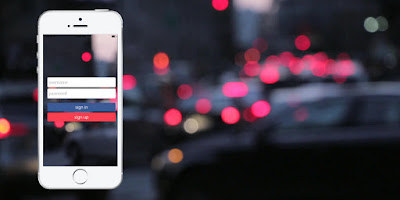 Inserting an Ad Unit to Hugo Content without Shortcode